Hope beyond Time and Space: A Love Letter to Eclipse Rising

In March 2009, when we gathered at Miho’s house, in that living room whose walls we had just painted the primer on, we gave birth to an alternative timespace. The timespace that doesn’t force us into a now and here of state-sanctioned unconsciousness.

And we continue to be. Revolution is not a day on which we will complete our checklist.

We also faced the past; we began to help each other bring our histories to light. The blood, sweat, and tears of our ancestors in remote time and space, those faces that had once been too vague in the distance (if we had been allowed to look at all), we started to recognize. Among ourselves, in our faces and voices. I had hardly known anything about my ancestors, let alone the histories we share. About the students who defended woori hakkyo from the police. About the genocide of Koreans after the Great Kanto Earthquake. Nor about the movement to abolish the mandatory fingerprinting. But I do now. I am aware of the part of me that has long been invisible. I am aware of the ancestors living with me and guiding me to the future. We are constantly reclaiming and embodying the past. We are becoming the past.

And we must be. Revolution will not be footnoted into academic journals or archived into sterilized museum cases. 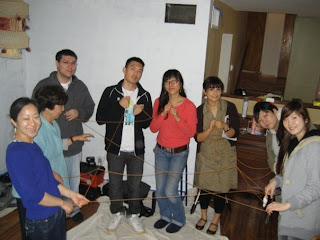 This is the temporality of Eclipse Rising. Through the porous boundaries between the future and the past, our hope permeates. The present is no longer the now of silence, alienation, erasure, and despair; it is a now of organizing, a now of decolonizing, a now of self-determining. We are no longer severed from our past and denied access to our future. We are no longer easily swept away by the forceful flows of immediate and momentary information commodities and empty instant gratification. We are no longer bribed into compliance by the conniving and irresponsible “It Gets Better” candy. We believe that another now, another we is possible. It is already happening---what time are we (in/on)? A now of becoming the not-yet-here.

Eclipse Rising is also a space. It’s the cozy living room, the SF State campus, the LA hotel room, the downtown Oakland, the Korean BBQ table, the immigration at Narita airport, the California freeways, the garage/photo studio, the Tokyo subways, and the Skype meetings. It’s a space beyond space, where we dream, laugh, cry, learn, and love. It’s a space with fluid boundaries, both open and protective.

It’s a diasporic space, an exile space, and a transnational space. Our homeland/s is/are fragmented, occupied, colonized, and polluted. The societies we reside in are oppressive, hostile, and exploitative. Nowhere to go to or go back to. We have no flags, no anthems, no uniform passports. We speak in multiple tongues, imperfectly. Our existence is a threat to nationalism; our so-called “differences” and “diversity” are nothing but a strength. We are able to create home in multiple spaces. Our diaspora is not unilaterally defined by the homeland (“back there”) or the history (“back then”); it is certainly informed by them, but it also challenges and transforms them. It’s a hybrid space of diasporic futurism.

Yet it’s not an isolated space. It’s a coal mine, an Utoro, a comfort station, a ship to Shimonoseki, a boat that didn’t reach Pusan, a Korean ghetto, a “poisoned” well, and a prison cell. It’s also a DMZ, a Jeju, an East Oakland, a Palestine, an Alcatraz, a Chinatown, an Okinawa, an Arizona, a buraku, a Tule Lake, a Compton Cafeteria, a plantation, a Guantánamo, a Golden Gate Bridge, a Haiti, a Tahrir Square, a San Quentin, a sidewalk, a kitchen table, and a bedroom. By this I don’t mean a space of victimization, but I mean a space of resistance and solidarity. We recognize the connections (though not an equation), and the necessity and urgency of it. 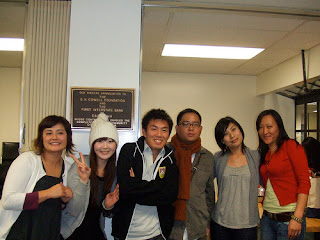 This is the spatiality of Eclipse Rising. Our love is rooted in our bodies, yet it transcends spaces. Where we are is no longer the confined, singular, fixed space of here, detached from other struggles or complicit in the binary logic of the local and the global. Instead, we embody, simultaneously, a here of belonging, as well as a there of solidarity. We are never only defined by the space we inhabit; we are always transforming the space. Those with limited views on time and space lament that globalization is just another form of colonization, but I am here now partly because of it, and in order for us to strive for our then and there, we must take advantage of it.

Thus, because we envision, engender, embody, and enact the alternative timespace---a then and there, beyond the normative conceptions of the now and here that are disengaged from critical, reflexive, and conscious praxis, we will never lose sight of hope. This is why Eclipse Rising is transformative, and, revolutionary.

In conjunction with Japan Pacific Resource Network, we have established the Japan Multicultural Relief Fund to support the victims and survivors of this escalating tragedy. Our goal is to provide aid to those who can be neglected and underrepresented in receiving disaster aids from the Japanese government or mainstream NPOs.

Your charitable contribution is tax-deductible.

Links to other progressive sites